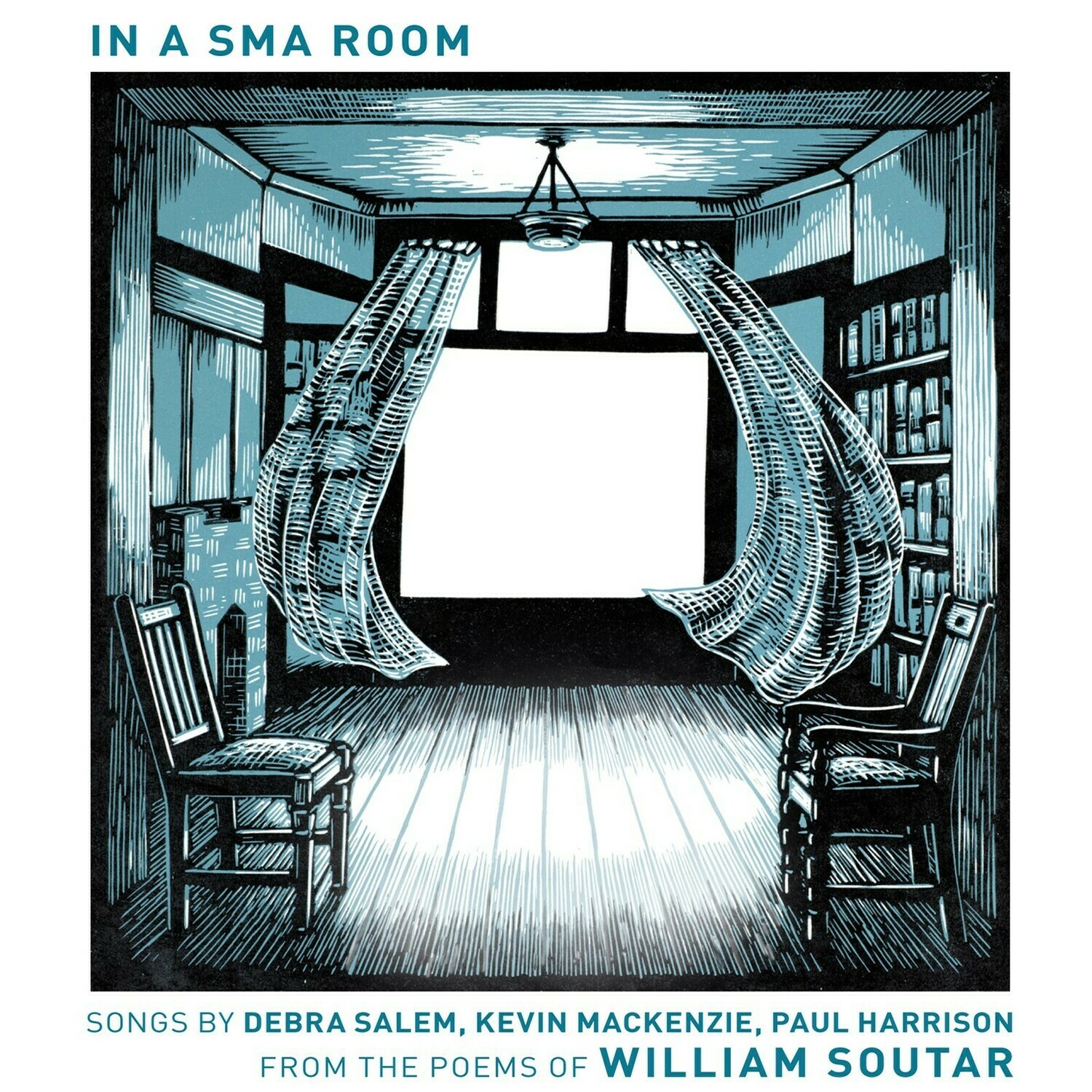 Take eighteen William Soutar poems, add three composers, a little bit of folk and jazz, some fabulous musicians, and IN A SMA ROOM is what you get. It is a project that is first and foremost about the beautiful poetry of Soutar (1898-1943) and how his words inspired Debra Salem, Kevin MacKenzie and Paul Harrison to write these songs originally for a music and theatre piece where only thirteen could be performed. This album, and the songbook that has be published alongside it, contain all eighteen of these original songs.

This CD includes a short biography on William Soutar, information on the original project and a booklet of the poems included on the CD.

Save this product for later
Display prices in: GBP